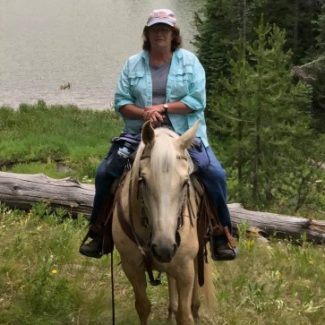 Nitrates in Hay Exposed—What You Need to Know

The purpose of this article is to inform equine guardians of the potential for unhealthy levels of nitrates in hay to increase awareness that will lead to change. You can’t see smell or taste nitrates. They can lurk in the prettiest, greenest best smelling bale of hay. The only way to know the levels you are feeding is to test your forage.

Guest Post by Monique Warren, of The Hay Pillow, Inc.

After being introduced to the practice of testing hay prior to purchase to ensure low sugar and starch – and to then be able to formulate a custom supplement to balance the major and trace minerals – I thought I had all bases covered nutritionally.

I would buy enough hay to last a year. During the second year of this practice, my horses were not doing well. My mare was out of breath on a 20 minute hike; her allergies were the worst they had ever been. My gelding had old scars reappearing from years previous that the hair had fully regrown back in after healed.

When my vet came out for annual dental work and drew back the syringe to administer an IV sedative, his blood was dark and brownish. When searching for answers, it was suggested that I test my hay for nitrates. The results came back 4,700ppm and they had been ingesting the same hay for 7 months.

Nitrogen is one of the main chemical elements required for plant growth and reproduction second to water. When more soil nitrogen is present than needed for optimum growth, the plant can store what it does not utilize. Nitrate levels can increase to toxic levels in forages any time the nitrogen supply in the soil exceeds the nitrogen needs of the plant.

Nitrates can be present in high levels due to:

Never assume that organic equates to low levels, over fertilization from any nitrogen source and poor field management can occur in any crop.

Nitrate is converted to nitrite in the large intestine of the horse. Nitrites in blood oxidize the iron atoms in hemoglobin from ferrous iron (2+) to ferric iron (3+), thus compromising the ability to supply oxygen to tissues in the body. Nitrite converts to ammonia, if there is more nitrite than can be converted it leads to hypoxia (deprivation of oxygen supply). The result is Acquired Methemoglobinemia; a blood disorder in which an abnormal amount of methemoglobin (a form of hemoglobin) is produced. Hemoglobin is the molecule in red blood cells that distributes oxygen to the tissues. Methemoglobin cannot release oxygen. It occurs after exposure to certain chemicals and drugs, including nitrates. In simpler terms, your horse’s tissues are being suffocated to some extent depending on exposure.

Clinical signs from sudden ingestion of highly toxic levels may include:

Abortion can occur in animals that survive the initial clinical signs. Chronic exposure to lower levels of nitrate has not been well researched in horses. Associations between chronic nitrate exposure and infertility, poor growth, hypothyroidism, frequent urination and other disorders have been claimed.

Minimizing nitrates in the diet is the most logical “cure” to these symptoms. We want our horses to thrive, not just survive. Knowing that nitrates deprive the tissues of oxygen affirms they are of no benefit.

“Safe” levels of nitrates are certainly debatable and published within a variety of ranges. For unadapted animals averaging 2,500ppm, slight risk (feed as 50% maximum of total forage for pregnant animals) with 2,500-5,000ppm, moderate risk (feed as no more than 50% of diet, not safe for pregnant animals). These levels are not necessary. In fairness to the growers, it would be impossible to produce crops at less than 1ppm on a consistent basis. I don’t think it unreasonable to require less than 1,000ppm to send any crop to market. The growers I purchase from are consistently less than 500ppm. The test results also indicate well balanced soil with ideal calcium; magnesium and phosphorus ratios.

Some plants are known accumulators of nitrates such as Fescue and Johnson grass, Barley, Flax, Sudan grass, Sorghum, Sugar beets, Soybean and Wheat. Non-accumulators include Bermuda, Rye, Fescue, and Orchard grasses. None though are immune to high levels of nitrates.

Fields that are flood irrigated tend to be more risky in regards to pre-purchase tests. The lower lying areas in the field can be especially high in concentrations while the higher parts of the field are at acceptable limits. I tested 12 bales of hay from the top of a block of 82, the results were 800ppm prior to purchase, bought 60 bales from the same block and re-tested. It was 4,500ppm. The only way to know is by testing the actual hay you are buying, even if it the same field or stack.

Test results can be very confusing and difficult to decipher. For simplicity purposes use the % nitrate number. If results show % of nitrate at .30, multiply by 10,000 to convert to ppm.

I have tested my hay for 5 years and reviewed numerous results from other sources. Nitrate test results have been as high as 6,500ppm and less than 1ppm. Which one would you choose if you had the choice?

You as the consumer do have a choice. Ask your grower or feed store for a hay test including nitrates or test it yourself prior to purchase. The majority of horse owners take great pride in reading nutritional analysis labels of supplements and bagged feeds. Would you buy a bag of feed or supplement without a label? A nutritional analysis should accompany the hay you purchase for a multitude of reasons including but not limited to nitrates, sugars, starch and protein, major and trace minerals.

About the Author:
Monique Warren invented the Hay Pillow® slow feeder and is the owner of Hay Pillow Inc.
​Warren has been an equine guardian for over forty years and slow-feed advocate for over 10 years. She contributes equine nutrition and digestive and hoof health articles to publications such as The Naturally Healthy Horse,  Natural Horse Magazine, Nicker News, Horse Back Magazine, The Horse’s Hoof, and  Miniature Horse World Magazine. Equine nutrition and horses feet are her passions. She resides in Southern California.

Thanks for Supporting Our Partners